Papa gave a stern kick on his Rajdoot and without any hesitation it got into action. Me and my brother sat on the back seats and off we went to see my first movie ever on the 70 mm big screen to Premprakash theater. As soon as we reached the theater, I was super excited but I felt so little in front of the big cinema hall, a bit scared, nervous and immensely happy. I was  going to see the first movie of my life in the cinema Hall, It was huge deal. The movie was of the most famous angry young man from Amitabh Bachchan and it was:  "Mukadar ka Sikandar" It went on to become a cult movie from Bachchan. In the beginning there was a small documentary then various advertisements and stuff and I remember asking my brother every other second if the movie started. I couldn't get that. He was the clever one, always kept saying.... abhi nahi (not now), I will tell you when it happens.
Read more »
Posted by Creativ-ity at 8:11 AM No comments:

One man`s junk is another man`s Treasure

One man`s Junk is another man`s Treasure! 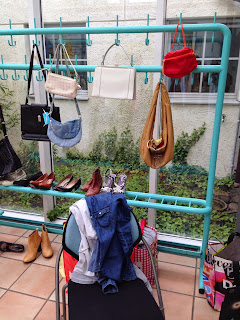 Every single Woman was super excited to be there. We were trying Jackets, blouses, bags and belts. You were fortunate if you could get a little glimpse in the tall mirror to check how the outfit is looking on you, if its cocealing your not so good areas or not. I don't know is it with me or everyone feels this way. Whenever I try a new garment, I am super excited to look in the mirror and I feel this time my tyre at the tummy will not be seen. OK, sometimes if the top is made with some gathers in the front, it does cover it up but if its too many gathers then often I get this: bist du schwanger? No, I am not pregnat! I have two grown ups. I think this is the time to stop coloring my hair, or my be not.
Anyways back to the room full of excited and nervous Women including moi. The atmosphere was electric and energetic. We talked to each other and gave inputs without anyone asking for it. R came with me for a while but within 3 minutes he said, I think you will be here for a while and made a quiet exit.

In my mind I thought that everything is going under control and I was pretty much sure it will be too. Until now we have done this drill so many times and that too in so many different countries and if the same countries then different geogrophical locations. This time it will be just over the street, to be precise about 25 mts from the previous home.

My plan was to start moving the cellars first as it was just over the street and I did it too. First the down cellar which was the smallest. It was finished in no time and was over 80% vacated. Some bigger things were left for the movers. Then came the monster attic which contained the very precious but very many drawings of the girls among various other things, since they were in kindergarten and now in University and Secondary school. I know we are quite collectors of good art and really those cute little drawings are awesome! Over the years I had planned a thousand times for all of us to go up and try and sort them out. I neither had the heart nor the courage to throw them or even recycle them and neither did anyone else. So just in the blink of an eye we had the collection of 15 years which started from very precious arts, drawings to kindergarten stuff and then we had boxes full of basic German, french, maths and Hindi copies too. But every thing else seems to have progressed on the papers as I was going through the cartoon boxes but somehow the Hindi copies from each and every year of summer holidays spent in India were still at अ आ इ ई उ ऊ ए............or may be a couple of little lines of राम घर चल। पानी भर। छत पर मत चढ़। (Ram, go home, fill the water, dont go on the terrace) or मेरा नाम........ है (my name is....)
Read more »
Posted by Creativ-ity at 10:30 AM No comments:

Email ThisBlogThis!Share to TwitterShare to FacebookShare to Pinterest
Labels: home

Story of a 7 Drawer Cabinet 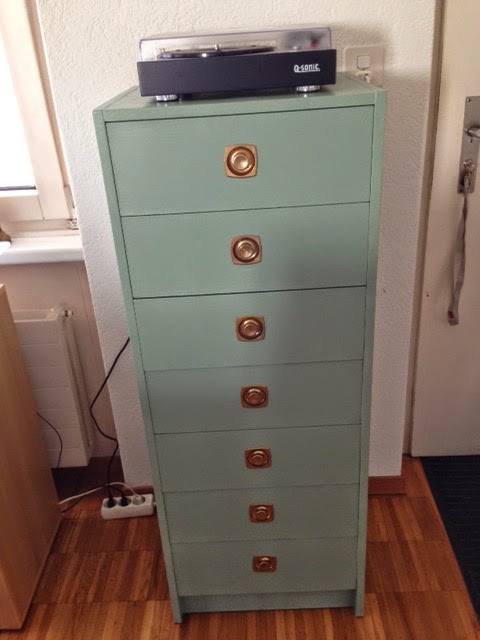 And just then they found all the place for their little tiny creations which were so special and important to them. I was getting tired finding places to store them. When this seven drawer cabinet from a good friend of mine was offered to me for the girls, I accepted it graciously. This Swiss red color Cabinet was not one of your favourite pieces of furniture. It landed in my girls play room. It used to be jam packed with little paper cuttings from magazines and newspapers, beads, play dough, Polly pocket, Lego's, puzzles, small little key chains, colours, diddle papers, little slices of pizza made with cardboard's and thousand other things. After writing this I realised how things have changed and what today's kids play, every child almost has an electronic toy. World is definitely changing.


Anyways so they used this cabinet for years then slowly the little things were taking less place in their rooms and now we needed more book shelves because the girls were into reading! Not they were not earlier, M was and always has been a book worm and now T joined the gang too. So now the toys were mostly books.
Read more »
Posted by Creativ-ity at 9:32 AM No comments: 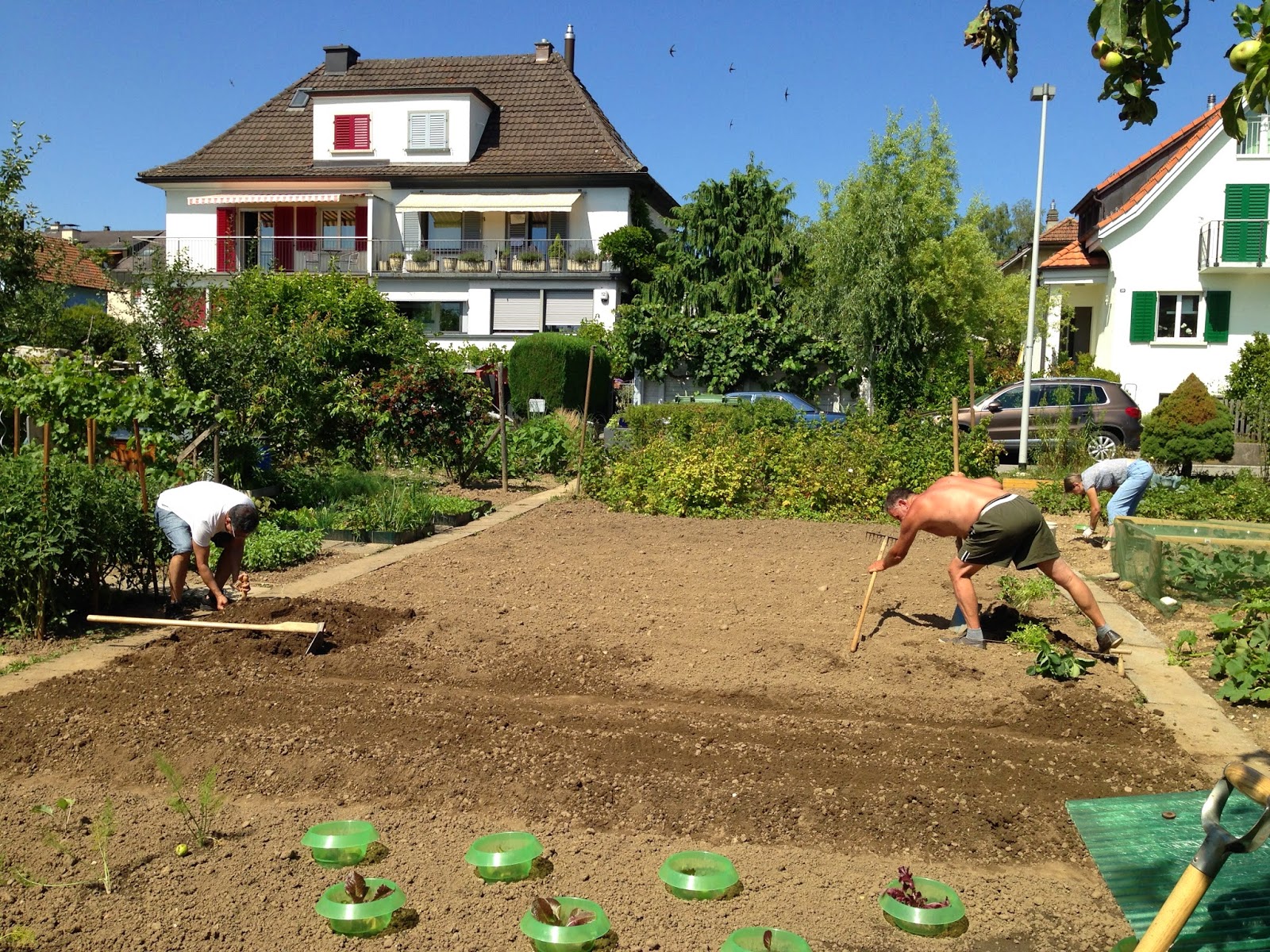 Who doesn't like Summer birthdays. R`s was round the corner and I and the girls we still didn't have any gift planned for him. The days were really nice in the end of June and me and Carlien (a good friend) used to go for our morning walks. Once Carlien showed me her Schreber Garden. Now you will think what a Schreber Garden is? Its a fantastic idea which started in Germany in the eighties by a person named as Moritz Schreber. Small pieces of Lands were allotted to people to grow their fruits and vegetables. You can find the Schreber gardens in most of the European countries and Scandinavia too. Here in Switzerland also its quite common. Now back to the birthday gift!

So years ago me and R also wanted to get one of those gardens and I also applied for it. But I never heard about it and it was forgotten before it even started. Years passed and then that day while walking I saw the garden again. I used to go to Carliens garden often and started chit-chatting with the neighbours and then my mind started to work. This was the 29th of June and R`s birthday is on the 3rd of July. So I started asking around and finally I got a garden for us and signed the contract with the President of the Garden Feriens on the 2nd of July, which also happens to be my Brothers birthday, just saying.
Read more »
Posted by Creativ-ity at 11:11 PM No comments:

I learnt about recycling after coming to Europe. I was doing it while we were living in Gemany. Here they recycle almost everything, from paper to carton to glass and the kitchen waste. I was so happy to see what kind of system they have managed to establish here and how important it is for us to do it as well for our kids, grand kids, great grand kids and so on because this is the only earth we know we have.

If we talk about back home, then we also recycle almost everything except the kitchen waste, although being the largest Vegetarian country in the world we should be doing it the most. But anyways, we still do a lot, like we sell paper to the Paperwala पेपर वाला (Paper vendor) and even get some money from him, we sell glass and iron to the Ironwala लोहा लक्क्ड़ वाला (Iron and glass vendor) and the old clothes I remember were used to be exchanged for new Steel utensils. I remember my Grandma was very fierce in dealing with those dealers. They always used to come in the afternoons when it was siesta time and the Men of the house used to be away. It was always so much fun for me to see that. So those people use to take old clothes in exchange for utensils etc. and then the old sarees were/are re sold again on the streets for car cleaning and are still bought by the less privileged people for personal use.

Here is a cute little and very simple diagram I found on a website called as pixxe.org

Read more »
Posted by Creativ-ity at 3:46 PM No comments:

Email ThisBlogThis!Share to TwitterShare to FacebookShare to Pinterest
Labels: Recycle

All you need is one Sunny morning 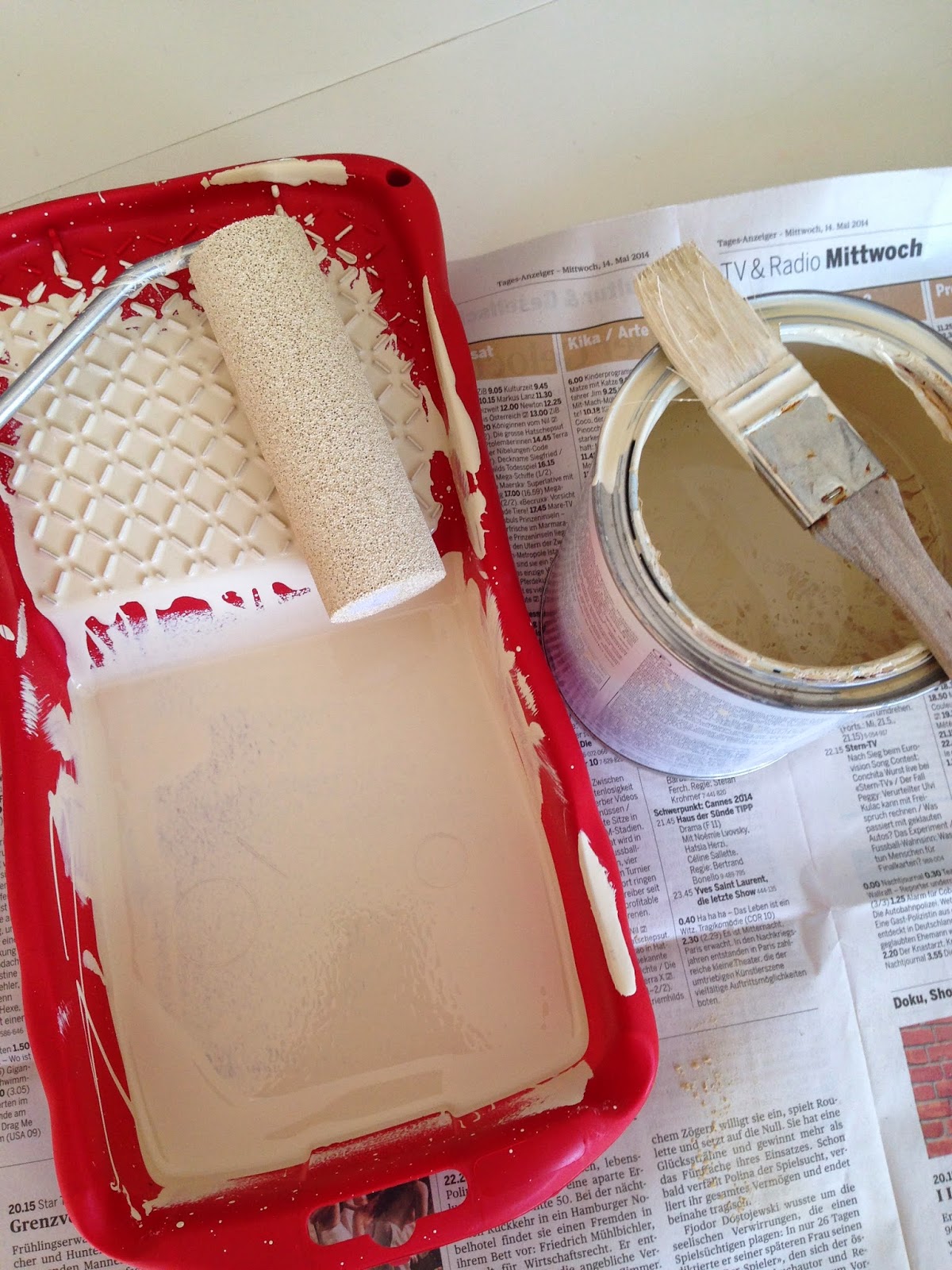 I have been postponing to do this for a while now, a few years to be more precise (shame on me :( but that is really true. It seemed like quite a simple thing to do, but you know sometimes you just don't do it. This year as the spring knocked on the door and I said this year you will be painted my dear. I saw some videos on you tube but mostly my neighbours input helped me a lot. He showed me how to do it and even gave me his paint from the last year. So I just had to buy the painting tray, roller and a brush and off I went. Let me tell you it was so much fun and the door looks quite good. My neighbours Nonna, was the one who was visiting me while I was painting and she Oked it!
Read more »
Posted by Creativ-ity at 10:19 AM No comments: